Watching Grandma is Jordan’s first book for small children and describes how his Grandma came to Britain and the difference it made to family life. 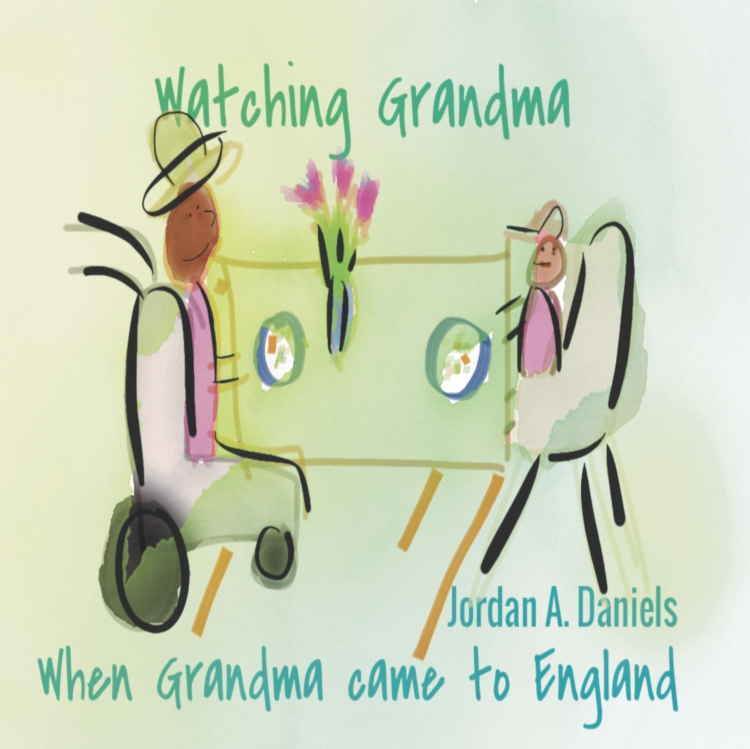 UK customers can get their copy here:

Born in Birmingham, England Jordan is a junior doctor training in mental health. Jordan comes from a big family with a mum and dad, an older brother, whom he shares a birthday with, and two younger brothers.

He has liked drawing since he was very little. Jordan liked anatomy classes when studying to be a doctor, where he was able to draw parts of the body. He recently had artwork published for a flier produced for Arts in the Yard based in Yardley, where he grew up.

When not at work, Jordan can be found playing trumpet with friends, teaching piano or playing organ at church. He also enjoys composing songs and writes poetry on the bus. For exercise, which, he says, is both fun and important, he does rock climbing and coaches fencing which he started at school.

Jordan also thinks that speaking other languages is fun and has learned to speak German. He can manage a few words in French, Italian, Jamaican Patois and Japanese. Going to Japan would be his next big adventure!

Jordan spent a lot of time with his grandparents growing up and found their love and depth of character to be very inspiring. That it is why he wanted to write a story dedicated to his first niece showing what it means to care for someone who you love.